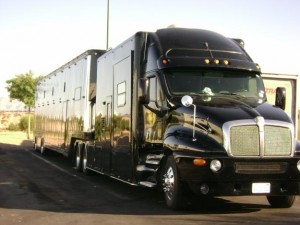 Get to know Houston Auto Shipping

We only use local drivers that qualify to work with us. Every one of our transport specialists is exceptionally trained in all aspects of the transporting world. Each specialist will remain in contact with the customer from pickup to drop-off. We do this because customer satisfaction is our only goal and we want you to know we care about you. We want you to know that were not just another broker. We give you a combination of honesty and options. We know you will enjoy your shipping experience with us. Call or click to find out more.

Any company can quote you a price but we will actually get your car moved for that quoted price. Don’t let transport companies get you in the door with a low rate only to raise it above the initial quote. Play it safe and call us today!

At Houston Auto Shipping we offer many different services from Door-to-Door moving to Dealer-to-Dealer trading. Relax and let us do all the work for you. Our services include:

Info below found on Wikipedia

Houston was founded in 1836 on the banks of the Buffalo Bayou; Augustus Chapman Allen and John Kirby and since that time it has grown to become the fourth largest city in the US. In 2009 it had a population of just over two million and is part of the sixth largest metropolitan area in the United States. The city is an economic juggernaut and contains a host of Fortune 500 companies within its borders and is second only to New York City in that regard. It is truly a place teeming with life and commerce, which is why Patriot Auto Carriers specializes in competitively priced and reliable car transportation in and around the Houston area.

In 1837, Houston was incorporated and the infrastructure of a city started to form with the creation of a Chamber of Commerce and election of a mayor. Shipping was the first business to be promoted however, by 1860 Houston had also become a railroad hub which transformed the city into a commercial center for the export of cotton to Europe. After the Civil War, efforts were undertaken to expand the seaborne activities and especially by works to create a deep water port in sync with the nearby port of Galveston.

Finally in 1914, President Wilson opened Port of Houston as a deep water port and by 1930, Houston was the most heavily populated city in America. It sees a large amount of new automobiles and many of the Volkswagen’s and Audi’s sold in North America are unloaded there. This is why it’s important that dealers in the area take advance of our Dealer to Dealer Transportation Service. We have the best dealer exchange rates in the industry.

World War 2 saw a decline in the shipping sector as the ports on the East coast dominated trans-Atlantic shipping however, enormous growth in the petrochemical sector more than made up for this. Enormous new military bases were also constructed including Ellington Field which was reconstructed in order to train bombardiers and navigators while medical facilities were also greatly expanded and research took off. The end of the ware saw a reversion to deep water port activity as the bases were wound down and moth-balled and the physical area was doubled by the addition of surrounding land and the metropolis started its sprawling growth.

Today, Houston has fully recovered and now has one of the broadest economies of any city in the United States. Only New York is home to more Fortune 500 companies while the city is now the largest international port of the United States. The wealth created has led to Houston also becoming home to a wide range of cultural institutions which now has over 7 million visitors each year while Houston is one of a very few cities offering year round resident companies for all the major performing arts.

Info above found on Wikipedia

We can help with all things that go with shipping cars. Like local dealers to help you with a vehicle purchase or even a local insurance agent to contact. We work with everyone